You know me from Twine (www.twine.com, now redirected to www.evri.com). Or not.

I've mentioned this website/social network/whatever in that "meshwork" (see the link above). I am a blogger and former Twine member. I believe that blogging and online brainstorming can increase a person's IQ for a point or two.

The Future History of Individualism (Pt.1)

This my latest entry in the Polytopia Project in which I begin to explore the manner the concepts of individuality and individualism are changing.
please read it here:
The Future History of Individualism (Pt.1)

I ran a workshop last week in Leeds prior to the Online Deliberation conference.

Screencasts and slides showing the current state of some of the leading computer-supported deliberation/argumentation tools, plus dialogue maps from the discussions and major challenges that we identified:… Continue

latest entry in the Polytopia project: Aesthetic Management As The Future Of Joy (or a Foray in InfoBeauty)

Hybrid futures, Knowmads and the Notion state Project: Polytopia or The rise of the Cyber Unified Civilization (part 4)

this is my latest entry on the Polytopia project, in which I explore the Knowmadic state:
Hybrid futures, Knowmads and the Notion state
Project: Polytopia
or The rise of the Cyber Unified Civilization (part 4)
http://spacecollective.org/Wildcat/5803/Hybrid-futures-Knowmads-and-the-Notion-state

Some of you may be interested to play with the new release of our Mozilla extension for Cohere, which adds highlighting and annotation to Firefox/Flock, but with the addition of more reflective, sensemaking elements:

* margin notes are in fact what we call Ideas, first… Continue

Folks I've been off on a rather different though connected planet for the last 12 months, seconded out of my usual role to direct an 'under the radar' project called SocialLearn here at Open U. GlobalSensemaking and ESSENCE got rather put on ice for me, so apols for not being around much or being unresponsive. We're now coming out from our 'cloaked' status and starting to blog about what we've been up to, which was, and… Continue

During the UN Climate Change Conference in Copenhagen, The Independent newspaper is using Debategraph as a new kind of global citizen reporting tool to help people around the world make sense collectively of what's happening and not happening at the UN conference.

The process builds on The Independent’s existing cluster of… Continue 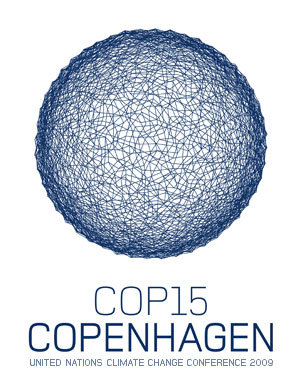 I'm interested in collaborating with tool providers here on this list to see what we can do with these 1100 raw opinions about American health care and health care reform. The opinions are available under a Creative Commons Attribution, Share Alike license.

These opinions were collected… Continue

Registration opens for SenseMaker Dialogs, a new speaker series focused on exploring the rapidly changing hybrid activity of SenseMaking in the 21st century.

Go here to buy your tickets.

I'm pleased to now be a part of GlobalSensemaking. For over 30 years I've largely worked where the rubber hits the road and people aren't communicating well or even living well, as in race relations and low-income neighborhoods, or where people are working to set little patches of wicked things right, as in ecological restoration sites, politics or dispute resolution. I've lived largely outside of web-based communication and dialogue networks as I worked in these mostly… Continue