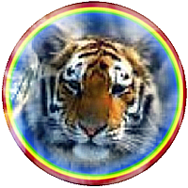 Twain has not received any gifts yet

Give Twain a Gift

Giorgio Bertini said…
Nice to see you here. How are you, how do you feel, I haven't heard from you. I have sent you an invite to my new Twine - Accountability - very much related to what you shared with me here. Best wishes to you my friend. Giorgio

Giorgio Bertini said…
Nice to hear from you again, even if with some sad news. Thanks for those ideas and links. I will study them.

Mark Szpakowski said…
Thanks for the great set of resources, Twain!

Re economic policy and financial crisis, I think (along with the Oct 18-24 New Scientist special issue on The Folly of Growth: How to stop the economy killing the planet) that it's essential to address the money-as-debt continuous-growth ponzi scheme at the heart of current economic theory (I am right there, am I not? Am I missing something?). Or, perhaps equivalently, some repressor agents need to be added to an otherwise positive-feedback only picture.

If this is such a critical point, then just identifying it, and framing discourse on it within this frame (of money-as-debt being key viewpoint needing to be turned around) would seem to be most relevant sense-making, would it not?

The next step would be to frame a new theory. My thinking there is along the lines of
- wealth as number of forward days of survival (from Bucky Fuller);
- wealth as resources X wisdom (so rsrcs X wisdom = forward days)

(wisdom as ability to apply resources non-destructively over time, with minimum time span probably being at least two generarations)

That resourcesXwisdom creates the cornucopia/basket against which a currency is based (as in Lietaer's terra currency).

But question is: how do you measure wisdom? One thought is that having a "wealth steward" position/function or person might help (this must meet politics, or have power over it, else it's theoretical). The role of that wealth steward is to join Heaven and Earth (in taoist sense).

Achieving something like this would in itself be a singularity!

Mark Szpakowski said…
Hi Twain, I did miss those comments (lack of comment-tracking is a Twine anti-pattern), and added one.

I came across the Google 10^100 challenge too late - I have a perhaps overly large project I might have offered. I did see your greenspot proposal just recently: using Google Earth as an interface to ourselves is both a winner for Google and an enabler for ourselves.

Your approach of looking at how to evaluate demand is interesting, and seems to acknowledge demand as a social construct, which could include the current reality of demand also being very much a generated product.

I'll take a further look at the greenspot submission - you have others as well?

Thanks for the "Man versus Machine" paper. A very interesting one. I have also posted some others at Twine on error in models and the financial crisis. Over emphasis in modelling was something like a proxy of regulation, certainly some of the causes. Have a look at this

The financial crisis has morphed into a full fledge economic crisis, with the first still going on, the second will require far more complex policies to be tackled, with serious social and political consequences.

I am now interested on research about the real economy causes of the financial crisis, as a way to understand needed strategic changes. The easy money mistake, Greenspan responsability, etc are all true, but all those mistakes are related to political economy requirements of those moments. They do not come to life from nothing. Even stabilizing the financial system, the root real economy causes will remain. That is a far more complex challenge.

With a firm belief that the market is the solution, any big change in policy requieres a cultural (social and political) new paradigm, that goes beyond keynesianism or postkeynesianism. Is not enough with stimulus policies, just because they can even agravate the structural deficiencies. Structural changes are always paradigmatic in terms of genesis. Have a look to some links.

Besides all these serious matters, The Twinery is going healthy, the First Congress is being thinking carefully. We miss your comments. Regards and best wishes.

Thanks for the feedback on the Essence logo—and a belated welcome to the group. It's great to have you here.