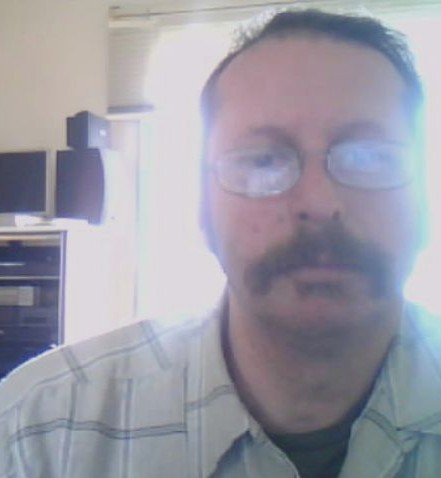 Ben Tremblay has not received any gifts yet

Welcome! My Title is "Here"

About me:
No, I won't re-create my bio yet.again ... Ning is supposed to be social

Drinking the Koolaid: "Light and Love Delusion" as the new jingoism

Micah Sifry quoted this in his post about the IntenseDebate deployment on Change.Gov:
""I just wanted to say thank you for giving us a place to make our thoughts and comment heard. It's about time the government provide a centralized place for citizens to express their opinions where they feel they will be heard." [Emphasis by him there.]

My response to him on… Continue

When I started doing web-work I was already long familiar with how tech_doc types just don't rate. (Brutally frank, but simply so.)

Because of that I felt somewhat self-conscious publishing yet more ... a couple of thousand hits per month year after year isn't nothing, but it ain't no A-list!

That said, a dozen years later ... old habits die hard. Having just now re-visited an MIT wiki that carries on, brick by brick, I… Continue

... this snippet I sent while in conversation with David is something like a snapshot:

To give you a sense of where I'm at on my secondary project (something to start driving some income), this is what I'm welding into the main page of my new MultiUser WordPress theme, the anchor for the "retail" aspect of my project:

Praxis ... can't actualize it without _techne_.

Teche, as Heidegger used the term in this essays on technology.

An example / case in point (Shows how dealing with the concrete conditions ratiocination?):

I know that one of the promised benefits of E2.0 is "emergence" in the sense that it "surfaces" (active verb!) innovative thinking.
That "surfacing" function is, for me, key to a sense-making system. Take a typical good thread in, say, OpenDemocracy.net ...… Continue

A flurry ... perhaps a cluster ... someday, a constellation?

A shoe dropped last night. Perhaps not "the other" shoe, but ...
... in any case I finalized (a good beta?) of my issues list. No, that's wrong. I stopped twiddling with it. Well ... stopped for a while.

But looking at it gave rise to another idea for a site.

So I've deployed WordPress "Multi-User" and brought IssuePress.com into… Continue

Andy Streich said…
I meant this http://bentrem.sycks.net/ (on your profile) which has some biographical info in it.

Craig Simon said…
Thanks for the pointer to Mark's paper. I can't say that I understand its connection to my "Common Interests" paper, except perhaps for the very general concern with intersubjectivity. But it is directly pertinent to the IRV software I created, which is why David Price invited me to join this group. What's particularly noteworthy, I think, is the focus that Mark's paper puts on the "Hill Climbing" (HC) problem. His model allows for multiple iterations, which raises the problem that participants will often find themselves starting over after they have achieved their best result. On reflection, it appears that the consensus-generating interface I've been developing is premised on the idea of a single climb (or, in the case of very large groups, a congregating ascent to base, and then a final climb).

Craig Simon said…
Looking through your Participatory Deliberation stuff on the web I was able to pick up the intellectual thread from Paul Monk to William Calvin... Very intriguing...

Sorry for the confusion. I was referring to Benjamin Franklin not giving his Junto group enough credit for his success.

Franklin has always been a hero of mine. So much so that the little guy's name in the picture is Benjamin. He is my second born. Andrew (slightly more towards Jackson with some thoughts toward Carnegie) my first born is taking the picture.